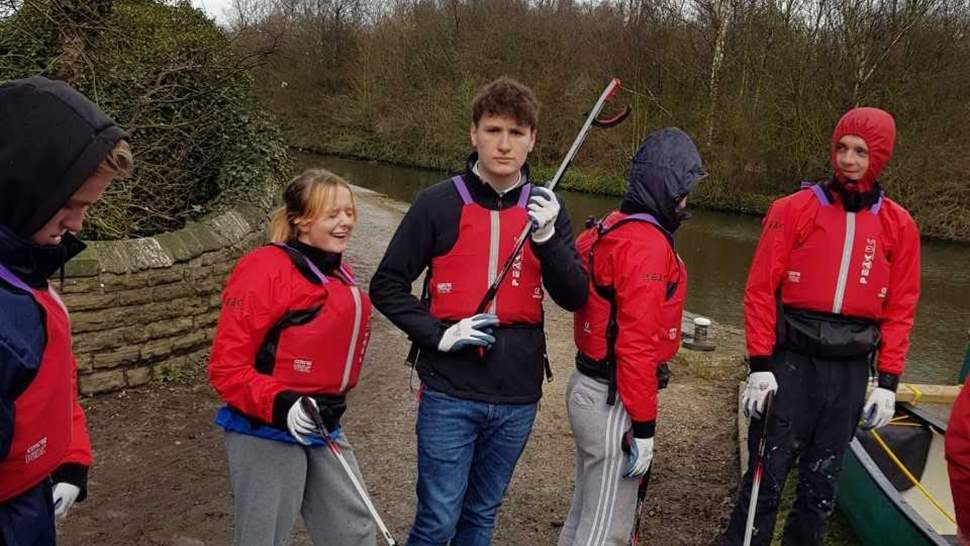 Recently, new locks have been fitted on the canal at Aspull. This investment will hopefully preserve the use of the waterways for years to come. However, in the surrounding area, both the water and the paths are plagued with litter from fly-tipping and mess from the general public.

Our learners were given a safety briefing and fitted with waterproof clothing and buoyancy vests. They were then taught how to safely tie the canoes together so that four boats could go out on the water in groups of two. The learners followed the demonstration and set up the equipment independently, behaving in a mature manner throughout.

Once out on the water, the learners were very enthusiastic about collecting the litter and debris. Vicki, the Project Leader at Desmond Trust, hosted a competition to see which group could collect the most rubbish, and who could find the most random/bizarre item in the canal. It turned out to be a fire extinguisher! The learners spent a few hours on the water and filled a mountain of black bin bags with a huge amount of rubbish.

Amy Denton, Key Worker at Wigan training centre said: “Despite it raining on and off and being quite smelly work, the learners were really focused and often expressed their shock over how badly local communities treat their own canals. While we were on the water a barge moored up and the owners thanked our group for their preservation work.”

Vicki, from the Desmond Trust said: “They were a great bunch and really got stuck in. The litter we collected filled the back of my van!”