Saying goodbye to the GMAC project: John shares his story 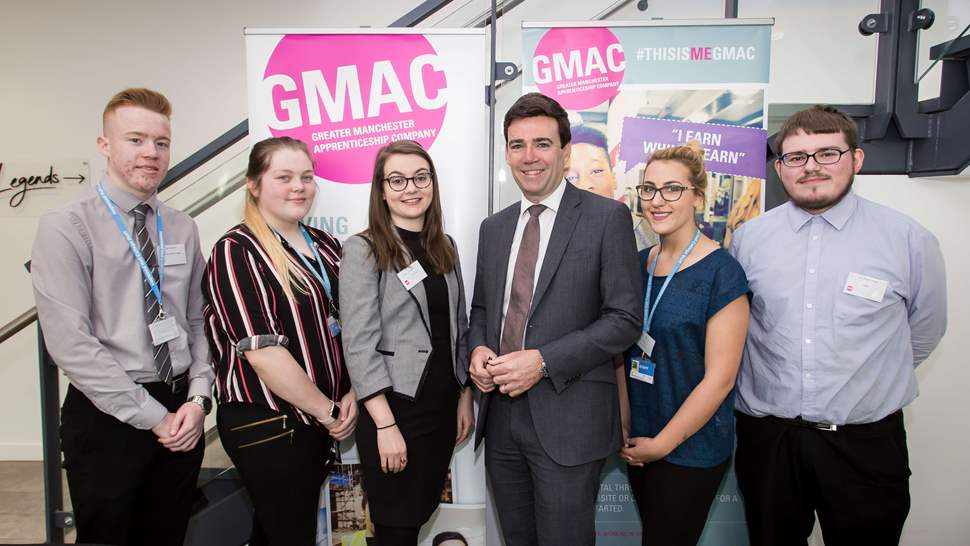 Greater Manchester Apprenticeship Company (GMAC) was launched to accelerate the uptake of apprenticeships in the region through pooling the knowledge and expertise of its members to develop brand new resources and support for students.

John Pugh has worked on the GMAC project for two years in a business administrative role and has been a huge part of its success.

We spoke to John, former business admin apprentice and current IT apprentice to talk about his time at GMAC.

What is your role at GMAC?

I started at GMAC in October 2016, two months after the project officially launched. I started on a business admin apprenticeship with Oldham College, which is one of the partners. After completing my level 2 apprenticeship, I progressed to a Level 3 Apprenticeship in IT User Skills with Hopwood Hall College, one of the other partners which I am still working towards.

Over the 2 years working for the company I have overseen numerous company changes that have helped me adapt, grow and shape my outlook on my life and my work and will help me as I take the next steps in my career.

What has been a highlight for you?

The numerous learning and development opportunities have been a big highlight for me and have been a major contributing factor in shaping my future career. I was given the opportunity to attend Excel courses that helped me develop my IT skills, which lead to my contract being extended for another year as the project required a data-focused person.

The two GMAC conferences were also a major highlight as it was interesting seeing the months of planning that goes into delivering a one-day event. I was part of the implementation team and was able to contribute towards the branding, logistics and the customer service duties/reception duties on the day. The conferences were a resounding success and were attended by notable people e.g. the Mayor of Greater Manchester, employers and representatives from the apprenticeship sector.

What do you enjoy the most about being an apprentice?

Developing my independence was definitely a big point for me when deciding to become an apprentice; being offered the opportunity to grow and evolve in a new environment is one of the most enjoyable aspects of being an apprentice.

I’ve found that studying is much easier when I am also practising what I am learning. I have used methods that I have learnt in class and research that has improved the efficiency and quality of my work, which has been commended by colleagues and partners.

What’s next for you?

I have been working over the last month with the excellent National Careers Service team to secure a new job. I have been offered and have accepted a data-focused role with a national IT reseller which will allow me to develop my knowledge and skills in a sector that will help me grow my career. The new role takes the elements I enjoy from my current role and introduces new elements that I am keen to learn. The company provide full training, so I will be able to develop my IT skills in a supportive environment, within my ideal sector. Win-win.

“Over the course of the project John has developed his skills in the collation and production of the management information. This has helped the project team and partners to be kept updated on the progress and ensuring that the apprenticeship starts have been captured and reported on.

John utilised his IT skills at the last conference by designing an online quiz for the delegates to take part in and it was one of the highlights of the conference.

Thank you for all your contributions in making the project a success and wishing you good luck in your new role.”