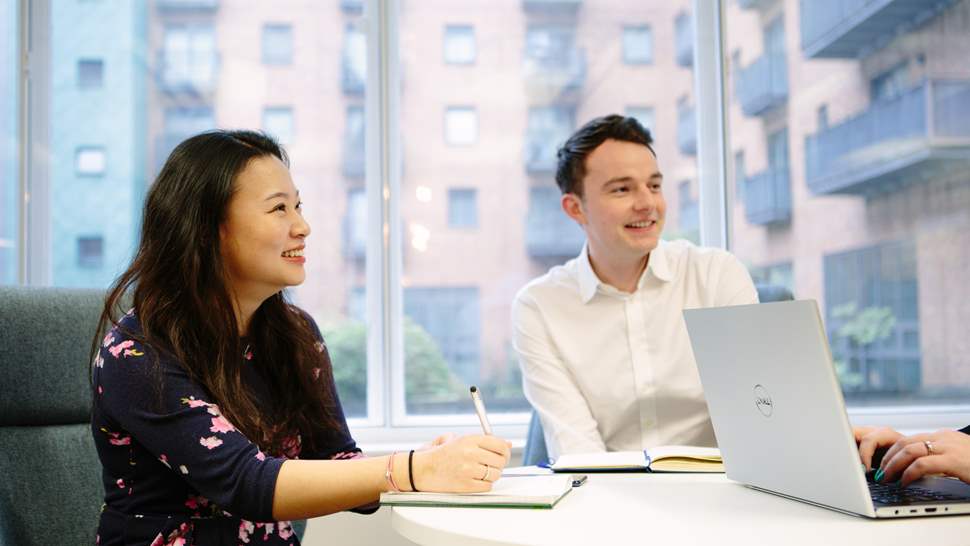 According to the 2017 Annual APPG on Apprenticeships Report, 28% of apprenticeship applicants are from a BAME (Black and Minority Ethnic) background – yet only 10% actually start a course.

Even though BAME individuals are less likely to be in employment, education or training than their white counterparts, this figure is still very worrying.

So what can we do to increase the number of people from BAME communities to successfully start an apprenticeship? One thing which will help is to reduce unconscious bias during the interview and candidate selection process.

What is unconscious bias?

Unconscious bias is when our brain instinctively forms stereotypes of people based on their characteristics – without us actually realising that we’re doing it. And it’s not just physical traits that unintentionally form our opinion of a person; we also classify people according to their education, background and social status.

It impacts recruitment decisions, creates a less diverse workforce and goes some way in explaining why BAME individuals are often overlooked by employers who are looking to hire a new apprentice.

What kinds of stereotypes do we unintentionally form?

As human beings, our brains have the capacity to form a wide range of bias. Here are just a few of the areas in which we can form unconscious judgements:

Education: A privately schooled candidate could be looked upon more favourably than someone who had come from an academy, for example. In state-funded secondary schools, almost 30% of pupils are of minority ethnic origins – meaning there’s a lot of BAME talent that is potentially being missed by employers.

Where they live: If you can see from someone’s CV that they live in a ‘deprived’ area, you could form an unconscious judgement about their family background and maybe even their work ethic. If they’re from an area that’s predominantly inhabited by BAME communities, it could also arouse other unintentional judgements about their upbringing.

Gender: Even away from BAME individuals, gender is one of the main areas of unconscious bias - whether it’s choosing a female for a hair and beauty apprenticeship over an equally qualified and enthusiastic male, or filling a construction role with a young man because ‘it’s not a woman’s job’. When you bring people from minority backgrounds into the equation, the bias can become even more apparent.

How can we reduce unconscious bias and become more inclusive?

There are several things you can do to prevent unconscious bias from influencing your decision when it comes to hiring an apprentice:

Introduce an anonymous CV policy: Anonymous CVs mean candidates don’t include information that could lead to unconscious bias creeping in – such as their name and the school they attended. This means you can invite candidates in for interview based purely on their skillset and initial suitability for the role.

Be mindful of your thought processes: When you’re comparing candidates, think about the reasons behind your thoughts. Recognise that unconscious bias exists, and consider whether this is influencing your choice. Are you genuinely disregarding them because of their skills or suitability, or are you discriminating based on a stereotype? If in doubt, get a second opinion.

Go on an unconscious bias training course: Great for anyone who makes recruitment or personnel decisions, unconscious bias training can help you to challenge biases and preconceptions. This kind of training has become a popular approach to diversity education, and aims to demonstrate how easily people can unintentionally act on snap judgements relating to a person’s race. Some companies, such as United Utilities, actually make bias training mandatory for all senior managers and staff involved in recruitment processes.

Diversity is key for any workplace, and people from BAME backgrounds have so much to offer businesses. If you’d like to employ an apprentice, regardless of their race, get in touch with our team today: