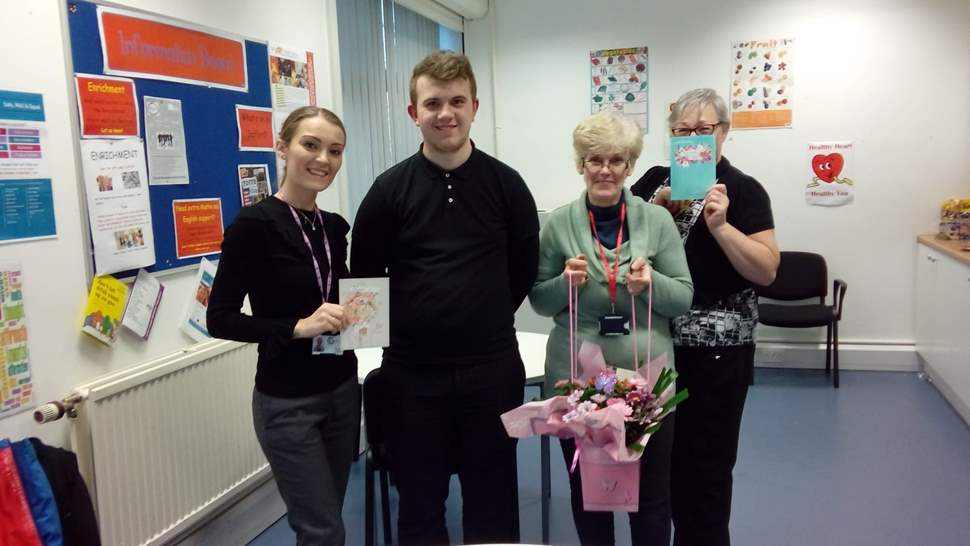 Cole Fletcher started with the Salford training centre in 2016 on a study programme. At first, Cole didn’t have great attendance and had an unstable first year.

However, after finishing his study programme, Cole started a traineeship with Tinytots Vision Nursery. He worked at the nursery 3 days a week for 6 months while studying towards his English and maths qualifications. He became a star pupil with perfect attendance and received outstanding feedback from his colleagues at the nursery.

Vera Parr-Hilton, Nursery Manager at Tinytots Vision Nursery said: “Cole did really well on his traineeship and settled in right away. He made great relationships with the children and since starting his apprenticeship, his confidence has grown massively.”

Cole has now secured a level 2 childcare apprenticeship with Tinytots Vision Nursery and is over the moon with the result. He surprised the staff with a bouquet of flowers to say thank you.

Cole said: “After completing a 6 month traineeship with Tinytots Vision Nursery, I am really pleased with getting an apprenticeship with them.”

Victoria Vessey, Placement Consultant said: “We wish Cole all the best in his next steps in becoming a fully qualified nursery assistant and would like to say another big thank you for the lovely flowers!”