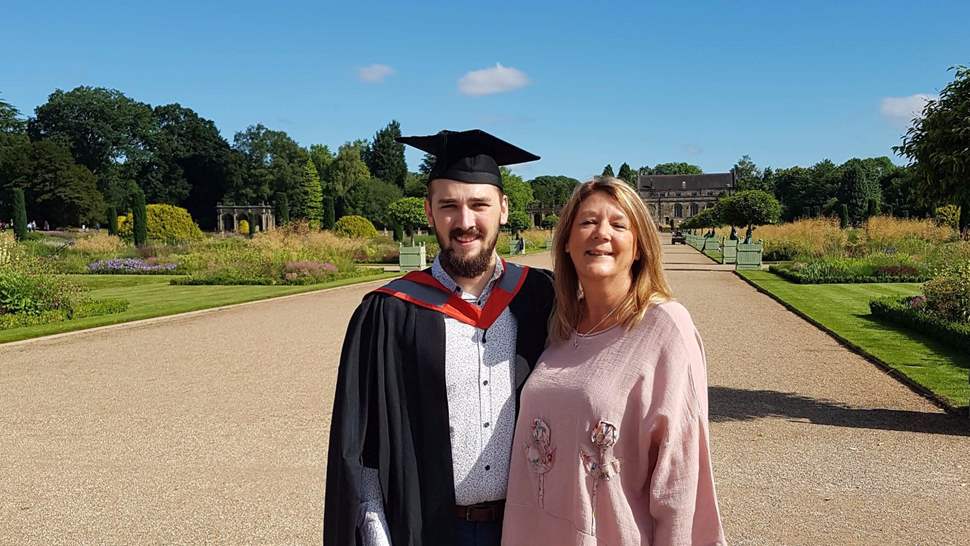 Cheryl Maley always knew Ryan was intelligent and she didn’t want him to waste his potential on an apprenticeship that wasn’t going anywhere.

Ryan was adamant he didn’t want to go to university and looked at apprenticeships in marketing. Cheryl was open-minded about the apprenticeship route as she’s worked with apprentices for over 20 years. She was happy for Ryan to do an apprenticeship as long as there was career progression for him.

The process for getting an apprenticeship went smoothly and Ryan Maley started as a marketing apprentice in 2012. He was part of small team within a large organisation, dealing with a wide range of marketing and communications activities.

The CEO at the time saw Ryan’s potential as a future manager and wanted him to enrol on the company’s graduate programme. Ryan spent 18 months around different business areas and studied towards a foundation degree in business management part-time.

Cheryl said: “He was asked to apply for the graduate programme, and obviously for Ryan – not going to university but getting A*s in his A-levels, it seemed like a really good route for him.”

Ryan has since completed the top up in business management and has achieved a first class honours degree. Ryan graduated in July 2017, he said: “It was a very proud moment to be presented with my first class honours degree. It’s not easy to fit the studying in with a full time job, but I feel like it’s all been worthwhile. The best thing about getting a degree this way is that I was able to relate the content of the course to my everyday work, so it made it much more relevant than if I was just studying the theory.”

As the degree is part-time, Ryan would attend classes in the evening after a full day’s work and he would do his assignments at the weekend.

Cheryl said: “It was hard work for Ryan but he’s the kind of person that if he says he’s doing something, he will do it. He will always give 100%. He’s very bright and focused so he coped with the work really, really well.”

“I’m all for apprenticeships, I’m all for graduate programmes, I think they’re all positive routes for young people to take. They’re earning money and they’re learning but we need to make sure the support is there from the employer from day one and that support continues throughout the programme, whichever pathway the individual has chosen to take.”

“It’s got to be right for the young person, it worked for Ryan and if people don’t want to go to university they shouldn’t be forced down the route, which may give them a degree but no way of finding appropriate employment at the end of it.”